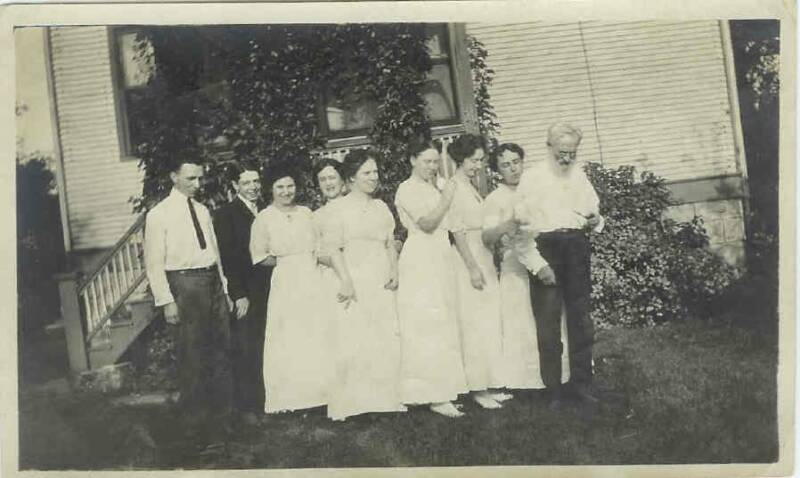 Isn’t this a great picture? Taken in 1912, a year before Dr. Douglass died, nearly all of his children are together, perhaps to celebrate his 75th birthday in June 1912.

This picture was taken in Chicago where all of the family had moved from Bruce county, Ontario, by 1900.
Dr. John’s wife, Eliza, had died in 1908.
His oldest son, Gordon, Cecil’s father, lived in Boone, Iowa.
His son, Wilfred, was married and living in Salt Lake City or Denver, Colorado.
Frank, Wilfred’s twin, was credit manager for Quaker Oats Co in Chicago. Frank and his wife, Helen, lived in the same house as Dr. John and his unmarried daughters, Jean, Mabel and Zella.
Jean and Zella later married.

The only daughter not in the picture is Beatrice, called Bess, who married Will Robertson and moved to California.