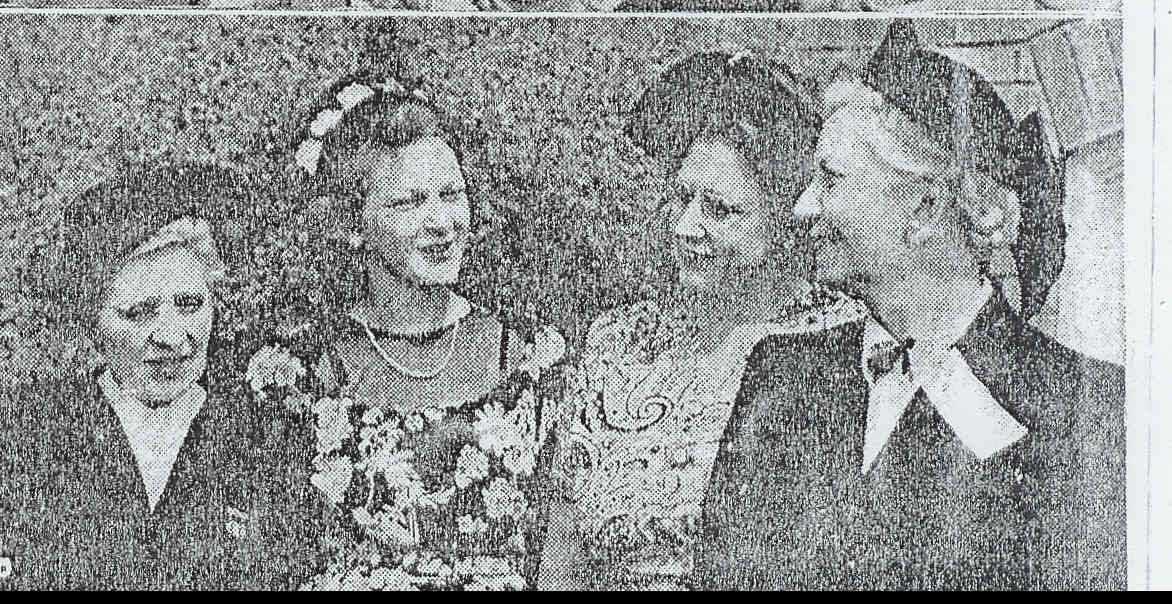 This copy of a newspaper photo which I found at the Oxford County Genealogical Society in Woodstock, came out better than I expected.

Ruby Douglass Boyer, great granddaughter of Lydia Douglass Sibbald, married Jack Pollard, a farmer in Verschoyle, a few miles from the Mt. Elgin cemetery, Oxford County, Ontario, where both of the Pollards are buried.

Don’t you love the hats in the photo? One forgets that ladies wore hats for such occasions during WWII era.
I expect that the Womens Institute of Canada was very similar to the Home Bureau in the U.S.

Ruby Boyer Pollard was well remembered by Bill Mayberry. He spent several summers as a boy on the Pollard farm in Verschoyle. Of Ruby, he wrote: “She was a very fine person, played the piano like a dream. And like so many of the women in the countryside, a fantastic pastry cook. I well remember at threshing time when the neighbouring farmers moved from farm to farm, and sitting around the big dining room table – and everyone getting two pieces of pie – lemon, butterscotch – you name it – I can taste it now. Ruby was involved in a car accident in, I think, 1955, and was left paralyzed for the rest of her life.”