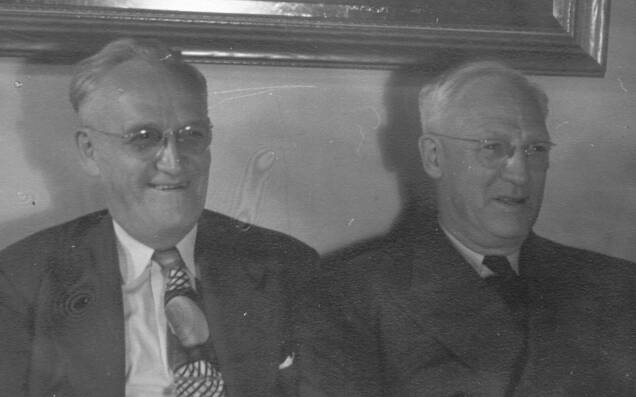 This photo, taken in the mid-forties, was sent to me by Robert Douglass.

Dr. Frank Douglass practiced medicine in Chicago. He was a member of the Board of Trustees and on the medical staff of Englewood Hospital. He built The Shack, a cottage on the shores of Lake Huron, near Port Elgin, Ontario, Canada, where he was born. Many members of the Douglass family and their friends escaped from the heat in Chicago to the cool breezes at the cottage in summertime.

Charlie, Charles H. Douglass, lived in Yakima, WA, where in early adulthood, he joined with another brother, William S. Douglass as corporate officers of the Emporium department store. After the store was sold, Charlie stayed in Yakima and worked as an insurance salesman. He and his second wife, Gertrude, had one son, Charles Craig. Charlie and Gertrude are buried in Terrace Heights cemetery in Yakima.