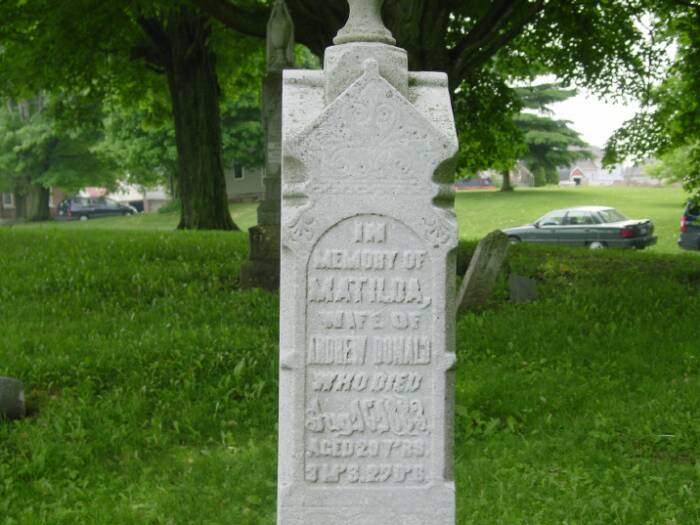 Betsy Douglass was seventh of the nine Douglass siblings who were born in Montgomery County, NY. She and Abel Flewelling married in Halton County, Ontario and probably moved to Oxford County, Ontario, a little before Lydia and John Sibbald, about 1847.

Betsy and Abel had eleven children. All of them except Agnes Flewelling Courtney either died before Betsy died or they eventually migrated back to the United States, living in Michigan, Wisconsin, and Kansas. Agnes and Alfred stayed in Oxford County and all but one of their children stayed there too.

The Courtneys lived only a few miles south of the Mayberrys in Oxford County. They were second cousins.